Posted on January 8th, 2015 in Cooper Was Here, Cooper's Blog, General, Travel Tips with Comments Off on Cooper the Traveling Stuffed Dog — 2014 Year in Review 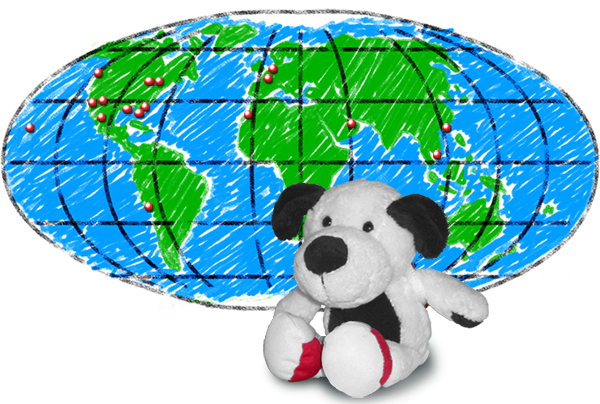 Did you know Cooper the traveling stuffed dog went to over 7 countries and 10 U.S. cities/regions in 2014?  In just the last month he was in Thailand, Morocco and France (impressive!).

Wait until 2015!  Cooper starts off with his first visit to Australia, then back to the Netherlands and few new jaunts plus some of his favorite old haunts (think Big Ben!).  Can’t wait and thanks for sharing in Cooper’s journeys…

It’s not often you see a 7-foot stuffed otter roaming Seattle’s Waterfront—until now! Elliott the Otter recently toured Seattle’s Waterfront, including the Aquarium, Waterfront Park, the Great Wheel and Ivar’s.  Special thanks to Seattle’s own Dapper Jones for the song “Verb Day”, a fitting tune for Elliott’s adventure.  https://cooperspack.com/playground/home-movies/otter-xing/ 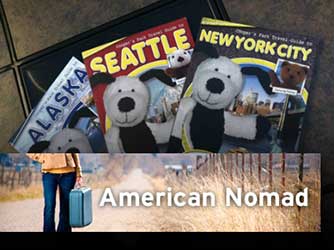 -“I love the idea of fostering a passion for travel in young children. It’s never too soon, after all, for a child to start longing to see places beyond his or her own hometown”

– “the Cooper’s Pack Travel Guides encourage children to follow some of Brandon’s tips, such as learning about a place beforehand, traveling with a friend (even a stuffed one!), carrying a small backpack, snapping pictures along the way, and taking notes about everything seen and done during the trip.”

Thanks for the thorough and thoughtful review!  You can read the review in its entirety at:  http://www.moon.com/blogs/american-nomad/alaska-seattle-and-new-york-city-kids-perspective

Posted on January 1st, 2013 in Cooper Was Here, Cooper's Blog with Comments Off on Cooper’s Whirlwind Trip through Morocco

Cooper finished 2012 with a whirlwind trip through Morocco.  Take a look at his latest “Cooper Was Here” gallery featuring camel riding, camping in the Sahara Desert, meeting new people and learning about the rich and amazing culture of Morocco.  Special thanks to Mike H. for taking Cooper on his trip!

You can see more here >>

Posted on November 28th, 2012 in Elliott with Comments Off on World’s largest stuffed otter named Elliott moves to new home across from Seattle’s waterfront 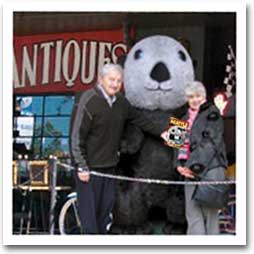 The world’s largest stuffed otter named Elliott has found a new home on Seattle’s waterfront. Thanks to Seattle Antiques Market for taking care of him and giving him a great place to hang out. If you’re in the area (just below Pike Place Market), drop by and say hello (and there is free parking right in front). Don’t forget to pick up copies of your favorite kids travel books, Cooper’s Pack Children’s Travel Guides, at the store.

Elliott first became famous when he was featured in the children’s travel guide, Cooper’s Pack–Seattle. He has since become a leading Seattle mascot and is certainly the cutest otter in the land.

Come down and say hello to him at Seattle Antiques Market where they are caring for him and feeding him his daily ration of his favorite food (Penn Cove oysters and crab).

Elliott’s address is (with free parking right in front!):